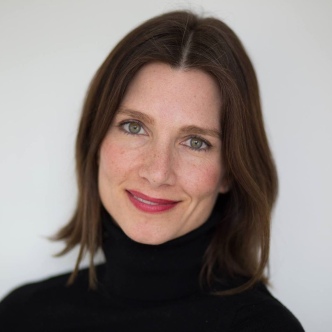 Djuna Osborne is the Democratic candidate for Delegate for Virginia’s 17th district, including portions of Roanoke County, Roanoke City, and Botetourt County.

Djuna’s story: Djuna, who has two daughters, believes everyone’s daughters should be allowed to compete on a level playing field. Illustrating her commitment, Djuna co-organized the Women’s March on Roanoke, an event that inspired over 4,000 people to gather in Downtown Roanoke on a winter’s day to say that equality for women shouldn’t just be a goal: it should be a priority.

Djuna chose social work as her career path because her goal in life is to provide a voice for the voiceless. Her profession has taught her the importance of affordable, accessible health care and the consequences of inadequate funding for mental health services or our schools.

Biography: Djuna is a Licensed Clinical Social Worker, with a BA in English and MSW from the University of South Carolina. She has an 11-year career in community mental health, treating impoverished individuals who have chronic medical and mental health issues, substance abuse, and acute crises. In addition, Djuna is a regular volunteer at the Bradley Free Clinic, a sustaining member of the Junior League of Roanoke Valley, and an active member of the Kiwanis Club of Roanoke.

Opponent: Incumbent Chris Head (R) voted for a bill that would defund Planned Parenthood, which millions of college students and other low income women rely upon for healthcare. He also voted for a bill that would prohibit Virginia cities from becoming sanctuary cities – even though none are. And Head, himself a franchise owner, has repeatedly introduced legislation that would specify “that franchisees and their employees can’t be treated as employees of the larger franchisor under state labor laws, notwithstanding any union agreement.” This bill, vetoed multiple times by Governor McAuliffe, would have exempted some franchisors from their obligations to Virginia businesses and workers.

Addition by Stacy Snyder​, who wrote this summary, with a few modifications:

Djuna is incredibly hardworking and has a large team of volunteers working for her day in and day out. She is doing well on fundraising and has been endorsed by the Virginia Education Association, NARAL Pro-Choice Virginia, Emily’s List and Virginia’s List. She would bring thoughtful, fresh representation to her district.