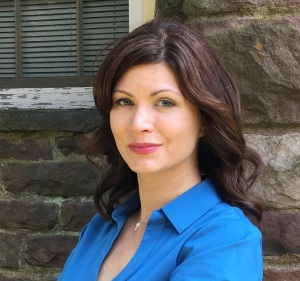 Karrie Delaney is the Democratic candidate for Delegate in Virginia’s 67th District, in western Fairfax and Loudoun Counties, Virginia.

Karrie’s Story: Karrie is committed to strengthening the community for everyone.

VETERANS. The daughter of a U.S. Army veteran, Karrie saw firsthand the importance of supporting our returning heroes. Her dad came home from Korea in the late 1950’s to get his GED and a good-paying job in a VA Hospital.

WOMEN AND CHILDREN. After college, she worked at a group home for foster children, seeing firsthand how state policy can affect the lives of vulnerable children. She has worked in crisis counseling, teaching juvenile offenders, and with organizations to end the brutal abuse of women around the globe.

STOP THE POLITICAL GAMES. Karrie is running to represent the people of Virginia’s 67th District; stand up for our Northern Virginia values, put aside the political games, and bring about real solutions for our community.

Bio: Karrie is the daughter of a U.S. Army veteran. Previous work has included Communications Director for Shared Hope International, a non-profit dedicated to ending sex trafficking; a Chair of the Fairfax County Citizen Corps Council, which focuses on emergency preparedness (appointed by Republican County Supervisor Michael Frey); Chair, Fairfax County Library Board of Trustees; and pro bono work with Voices for Vaccines, a parent-driven organization that provides science-driven information about vaccines. Delaney and husband Patrick live in Fairfax with their two children.

Issues: Karrie has been endorsed by Emily’s List, the Sierra Club – VA Chapter, Equality Virginia, and the VA Education Association. She is committed to a non-partisan approach, finding common ground to make progress. She is running to:
– bring home our fair share of state EDUCATION funding;
– ease TRAFFIC congestion, widen I-66, and fix Metro;
– help BUSINESSES create good-paying JOBS and gain access to 3D printers;
– make sure people who commit fraud against SENIORS are prosecuted;
– support responsible GUN ownership legislation, including universal background checks;
– defend a woman’s right to make her own HEALTHCARE decisions;
– supports comprehensive IMMIGRATION reform with a pathway to citizenship for law abiding, tax-paying immigrants.

Opponent: Jim LeMunyon (R) has held the seat since 2010. The tech industry executive, has made education a legislative priority, and also made a commitment to bipartisanship. However, despite the nice words, he has often voted against his constituents’ best interests. LeMunyon voted:
– to let states establish charter schools without any local school board oversight;
– against Medicaid expansion;
– to defund Planned Parenthood;
– against increasing the minimum wage or benefits; and
– to reduce State Employee retirement benefits.
He was also co-patron of the anti-LGBTQ+ Religious Freedom Act.

Thanks to all who generously permitted the use of and links to content for this page.