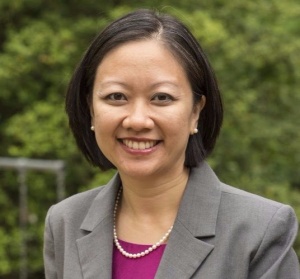 Kathy’s Story: Kathy and her parents fled Vietnam as boat refugees when she was just seven months old. Although many other countries offered them asylum, they waited 13 months for the United States to accept their application. For Kathy’s family, this country has always represented hope, opportunity and freedom. Now, she’s running for the House of Delegates in order to stand up for the ideals that brought her family here.

Bio: At the National Immigration Forum, Kathy advocated for policies that prepare immigrants in the workforce to reach their full career potential. Previously, at the U.S. Department of Labor Employment and Training Administration, Kathy provided strategic national leadership and technical assistance to the public workforce system as Director of the Division of Policy, Legislation, and Regulation, after serving as Acting Administrator for the DOL Office of Workforce Investment. A Duke University graduate, Kathy earned her Master of Social Work from the University of Michigan. She is president of her local PTA, and she and her husband Matt live in West Springfield with their four children.

Issues: Kathy intends to stand up for the rights of all Americans, to ensure that all working families can achieve the American Dream. She plans to protect women’s rights, LGBTQ rights, civil rights, and voting rights. She wants to protect and expand Virginians’ access to quality, affordable healthcare and mental health services; and a woman’s right to make her own healthcare decisions. In addition, she will fight for universal pre-K, a worldclass K-12 system across Virginia, and affordable higher education.

Opponent: Kathy’s opponent, Lolita Mancheno-Smoak, is an avid Trump supporter and Vice Chairman of the Fairfax County Republican Party. Mancheno-Smoak not only fanned the flames of debunked conspiracy theories about Secretary Clinton, but also tweeted that Donald Trump was her “ideal Presidential candidate” the day he announced he was running.

Odds: This district voted for Hillary by a margin of 23% over Trump: a significant change from their vote for Obama over Romney (6.52%).