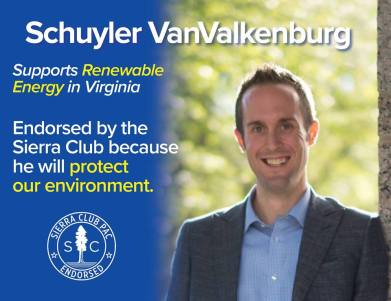 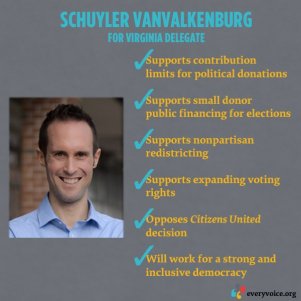 Schuyler VanValkenburg is a civics teacher and the Democratic candidate for Delegate for Virginia’s 72nd District, in Henrico County (Richmond area). 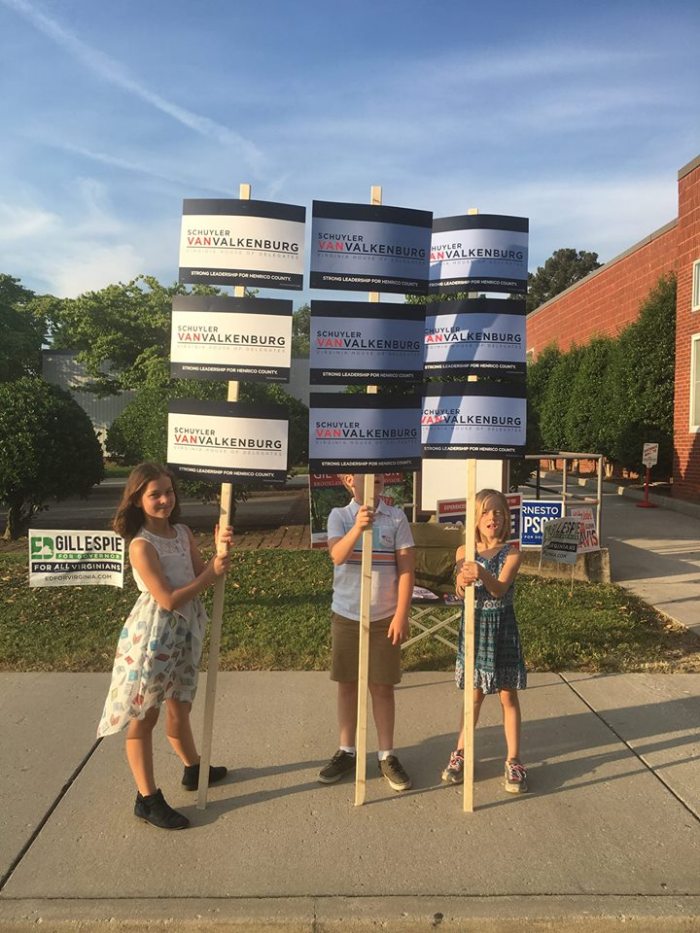 Schuyler’s Story:  As a high school civics teacher, Schuyler knows the importance of a democracy where every voice is heard and every vote counted. He wants to lower barriers to voting, stand up for nonpartisan redistricting, and rein in campaign finance abuses.

Bio: grew up in Johnstown NY. Teaching certificate from U. of Richmond. Masters of History, Virginia Commonwealth University. Teacher in Henrico Public Schools for twelve years. We the People constitutional competition coach at Glen Allen High School. Lives with his family in Lakeside, Virginia.

Opponent: Eddie Whitlock, debt collection attorney and president of the Henrico County Republican Committee, lost a bid for the Senate in 2015, coming in 4th out of 4 in that primary. He said at the time that he was pro-life and supported gun rights, and opposed Obamacare and Medicaid expansion.

Recent elections: This District voted for Hillary by 5.37% over Trump, and voted for McAuliffe, but voted for Romney by 8.67% over Obama.